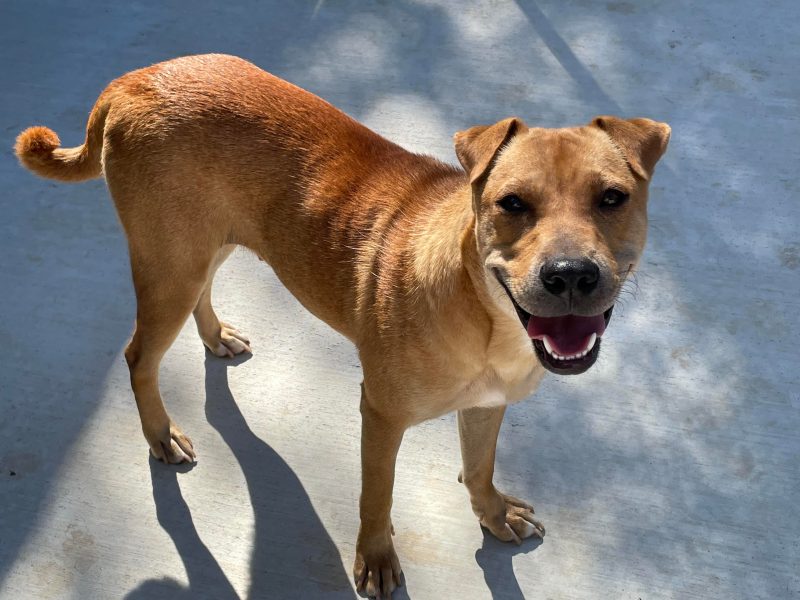 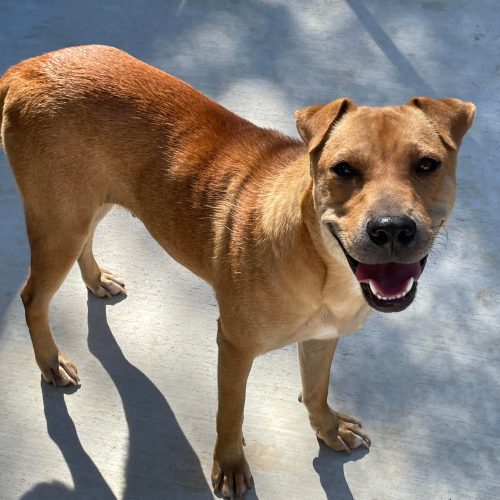 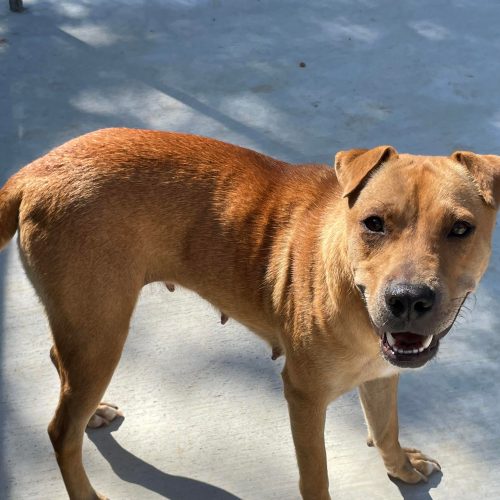 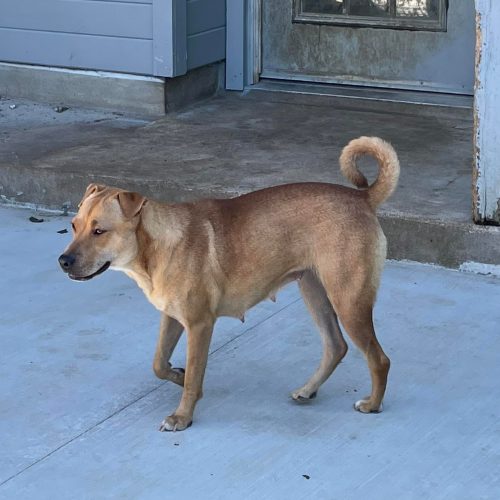 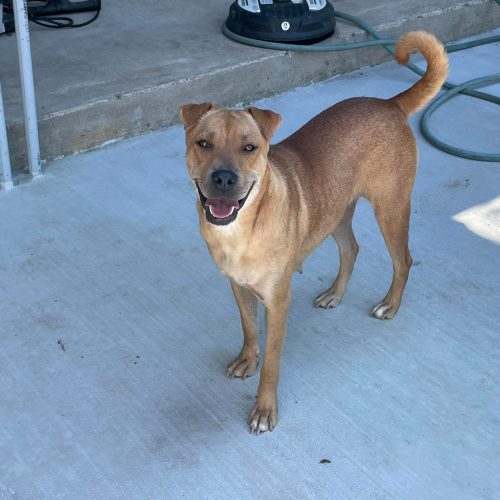 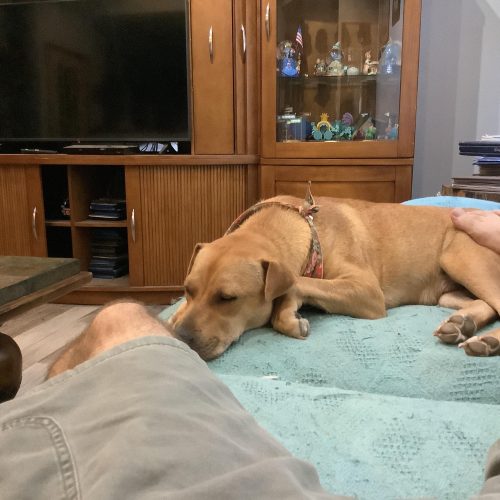 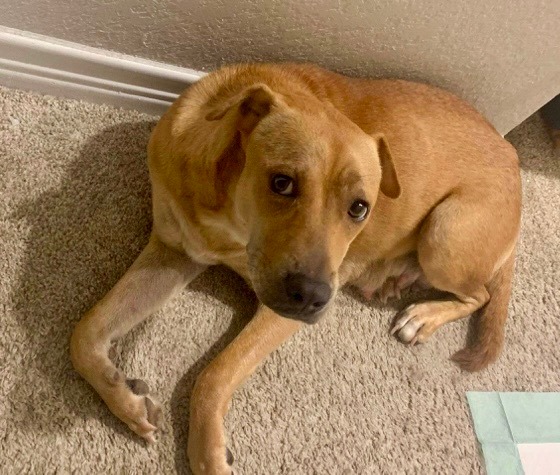 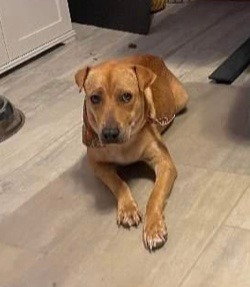 Social butterfly Yzma just wants to be where the people (and dogs) are. She is a young (1-2yo) petite (39lb) mixed breed dog who enjoys being part of a pack – she currently lives in a foster home with 5 other dogs and gets along with everyone. She plays like crazy with the dogs who enjoy playing, and she respectfully gives space to the dogs who prefer to stay on the sidelines.

Yzma was very scared when she first came to her foster home. However, in just two days she realized she was safe and began to approach her new family for pets and affection. Yzma is a great couch cuddler and will happily lay her head on your legs as you both relax and enjoy each other’s company. When new people come to her house, Yzma will bark at them at first but later will approach asking for pets. She warms up and just needs a chance to understand she is safe!

Yzma enjoys romping with other friendly dogs and chewing on nylabones. She mostly lays around during the day when foster mom and dad are working. She occasionally goes into an open crate to relax. Yzma is not crate trained yet, but she can settle in a crate and is starting to go in when asked. In her foster home, all dogs are fed in their crates, so she knows good things are coming when she goes in. She has free roam at night but she could probably be taught to sleep in her crate. She’d rather be with you, though!

Yzma can be protective of her food and sometimes a toy, but she is easily redirected. As mentioned, she eats in her crate so there are no problems with food aggression amongst her pack members.

Yzma appears to be house trained, yay! She has not been introduced to the concept of neighborhood walks, but she appears gentle on a leash and probably will enjoy them once she learns the ropes.

Although we have no reason to believe Yzma wouldn’t be ok as an only dog, she would definitely enjoy canine company and would make a great playmate for another friendly dog. She has not been around cats or children. She isn’t a hyper dog needing excessive amounts of exercise. She’d appreciate a leisurely walk or some yard play time, but she doesn’t get stir crazy without it. She would probably be ok as an apartment dog once she learns the concept of potty walks. She definitely enjoys her foster home’s big yard.

Yzma is an all around great dog who is ready for a forever family!

Yzma is located in Texas and is available for adoption in Texas or the Northeast.